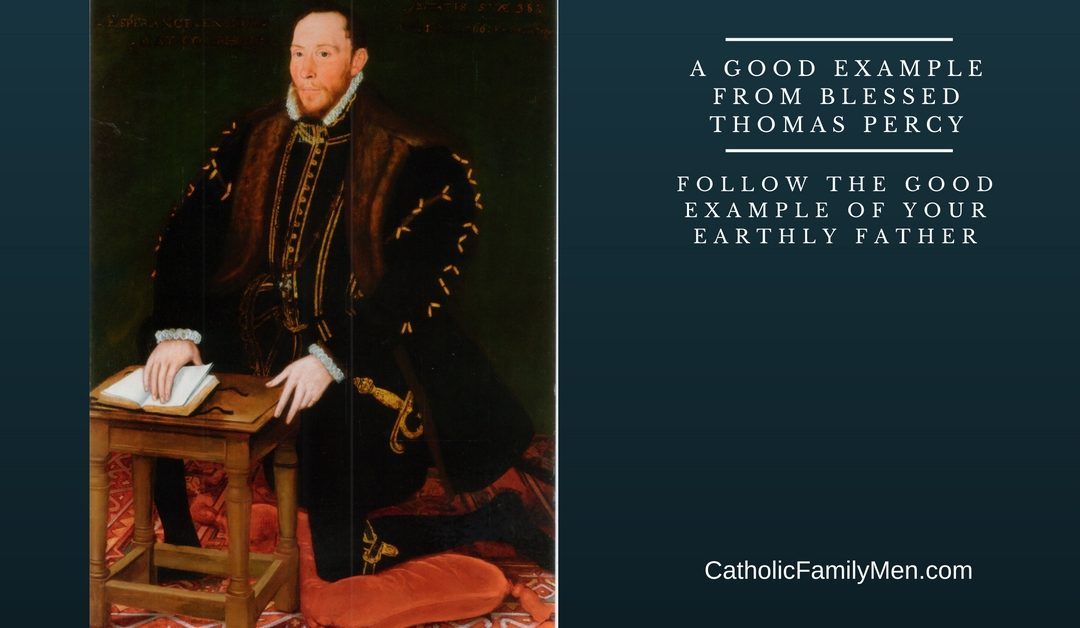 A good example from Blessed Thomas Percy the Younger:

In 1537, nearly two years after the martyrdom of Saint Thomas More, Thomas Percy senior – a nobleman from the northernmost county of England, was executed for his part in leading a failed armed rebellion against King Henry VIII. Among those killed were many abbots, monks, parish priests and lay people. Blessed Thomas Percy the Younger was nine-years-old when he lost his father in this way.

Upon adulthood, Thomas married Anne Somerset, a like-minded Catholic woman. Their marriage produced several children, but at the same time, the political reign of Queen Elizabeth I led to a new persecution of Catholics in England. Blessed Thomas Percy the Younger led the Northern Rebellion of 1569 – an armed uprising that followed the heroic example of Thomas senior. But also like in his father’s time, the rebellion was unsuccessful.

Blessed Thomas fled to Scotland, where he was eventually betrayed and arrested. After two and a half years of hard and painful time in prison, Blessed Thomas was beheaded in a public execution for refusing to deny the Catholic Faith.

Blessed Thomas Percy the Younger joins the other husband/father martyrs that we have already profiled: St. Philip Howard, St. Thomas More, and Blessed Franz Jagrstatter. Their example is especially heroic considering how difficult it must have been to be separated from their wives and children, and ultimately to leave them widowed and paternally orphaned, in order to remain faithful to Jesus Christ and His Catholic Church. It is likely that Blessed Thomas Percy never even laid earthly eyes upon his youngest daughter Mary.

Step 1: I will prayerfully reflect on the life of my earthly father and identify one major area of virtue that I believe I am called to intentionally emulate.

Step 2: I will ask God, my Heavenly Father, how He would like me to concretely live this out.

Step 3: I will spend time listening.

Step 4: I will write down my Father’s answer and I will respond with appropriate action.

Blessed Thomas Percy the Younger, pray for us!