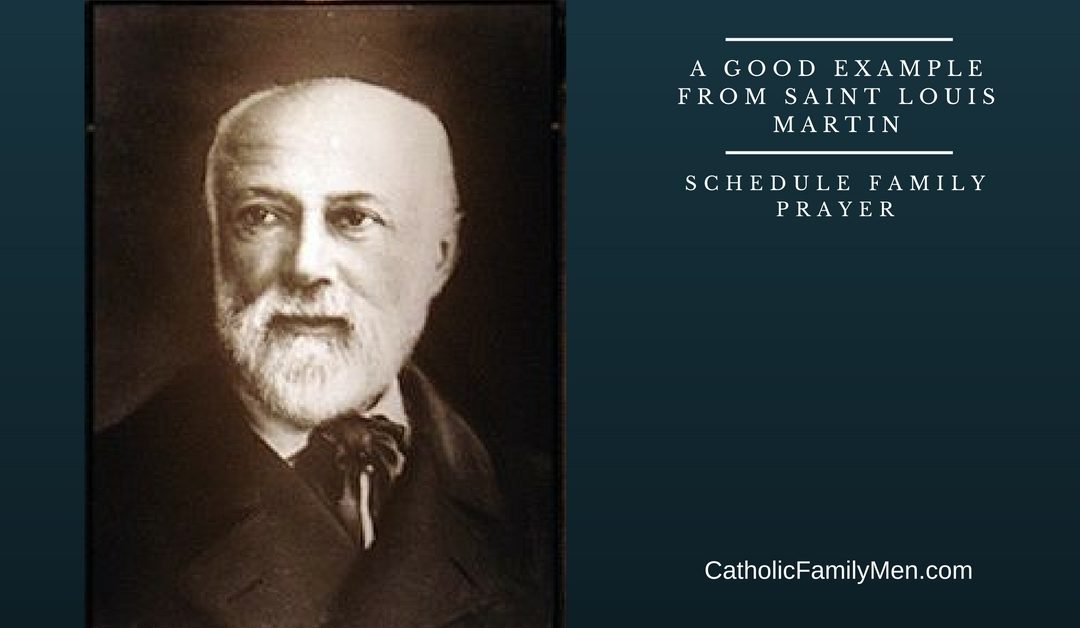 In the last post, we looked at the tremendous affection and intimacy that St. Louis Martin exhibited toward his children. Louis was a man of great tenderness, and at the same time, he was also a man with backbone. In this post, we look at the holy firmness of Saint Louis.

St. Louis Martin was very much active and engaged in the lives of his children. He would even scold them when love required such a method. Celine, the seventh child in the Martin family, gives examples of how St. Louis demonstrated a rightly ordered firmness in his fathering of Therese (the youngest child):

“My father had a very special consideration for his youngest child, and was as attentive to her as a mother. But if it is true that little Therese was, as she says, always ‘surrounded with love,’ it is also true that she was never spoiled. The proof that my father did not spoil her, and that she did not do just what she liked at home, is shown by a fact which made a deep impression on her, and which she relates in her Autobiography: how she was severely reprimanded for not wishing to leave her games at the first call of her father.”

“A little later, at Liseux – she might have been six years old – she took great pleasure in carrying the newspaper to our father every morning. One day I wanted to take it to him; but Therese, quicker than I, had already caught it up and ran to him. This disappointed me and I showed it. Papa reproached little Therese for not having yielded to me, and he scolded her very severely, so much so that I was extremely upset myself.”

Another story from Celine relates a similar firmness toward Marie-Louise (the oldest child):

“One year at the end of the summer holidays Marie was taking a walk with our father in a small family property, which formerly belonged to a person called Roulee. Marie began to gather some flowers saying: ‘I will take these back with me to the Visitation School, as a souvenir of the Roullees.’ Our father, wishing to teach her a lesson, replied: ‘That’s it! And then you can look down on your little friends by showing them the flowers from your estate.’ Poor Marie, seeing that he had guessed her thoughts, threw away her bouquet to show that she was above vainglory.”

It was not only in correction of his children that Louis was firm, but also in the way he trained them to grow in self-discipline. Celine remarks that “without being severe, he raised his children in fidelity to all their duties.” Celine further describes how St. Louis provided a disciplined schedule of prayer for the family:

“At home, our education had piety as its chief lever. There was a complete liturgy of household life: evening prayers all together, Month of May Devotions, Sunday Offices, spiritual reading before Feasts, etc. Our father aided as much as he could the development of the spiritual life.”

Step 1: I will answer the following questions honestly – How well am I providing a well-ordered and disciplined schedule of prayer for my family? What is one decision I can make to incorporate a greater firmness in this regard for the sake of my family?

Step 2: I will write this one resolution on a piece of paper and commit to it by signing my name.

Step 3: I will tape the commitment to my bathroom mirror to help me remember to take action.