Serve Anonymously with Your Wife 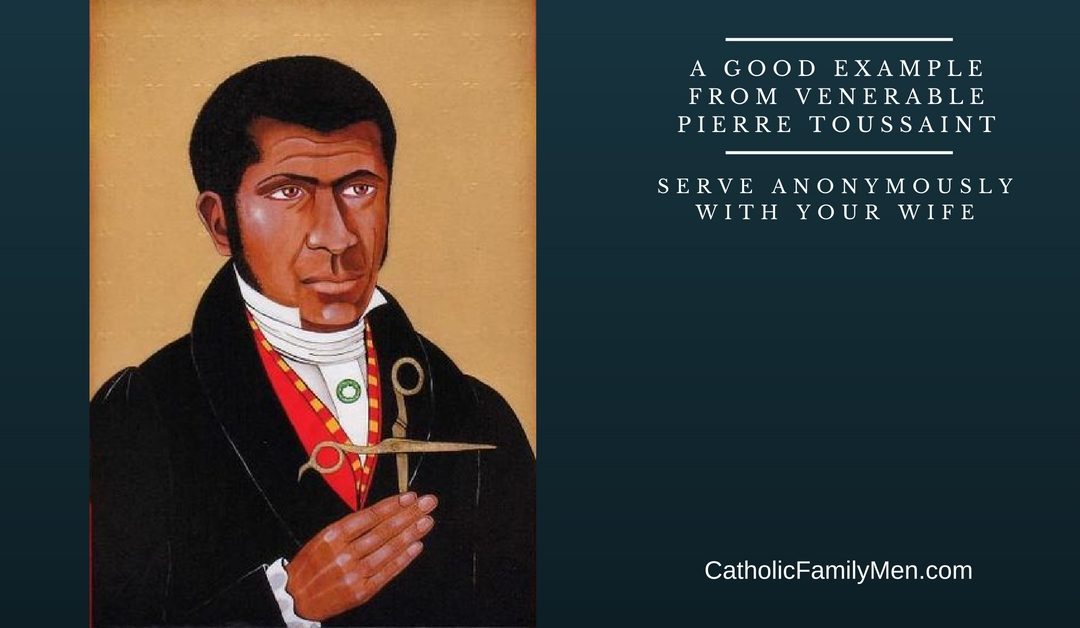 Venerable Pierre Toussaint’s work as a highly sought after hairdresser for the upper class of New York provided material wealth for his family well beyond what was needed. It is written that Pierre and his wife Juliette “were conscientious Catholics; charity was for them, not only a religious duty, but a spontaneous feeling of the heart.”

On one occasion, Pierre discovered that an affluent man he was acquainted with had been reduced to material poverty. The man, sick and suffering, craved a delicacy of food that he had formerly enjoyed and grown accustomed to, but now had no financial means to obtain it for himself.

“For several months Toussaint and Juliette sent his dinner, nicely cooked, in such a way that he could not suspect from whom it came. ‘If he had known,’ said Toussaint, ‘he might not have liked it; he might have been proud.’”

Juliette further recounts that when Pierre went to see him periodically, the man would brag about his prestige, his good friends, and how every day somebody sends him a nice dinner cooked by a French cook. Sometimes the man would even describe the various food items one by one.

“My good husband would come home, and tell me, and we would laugh very much.”

[Quotes from Memoir of Venerable Pierre Toussaint.]
How will I apply this? (The Challenge):